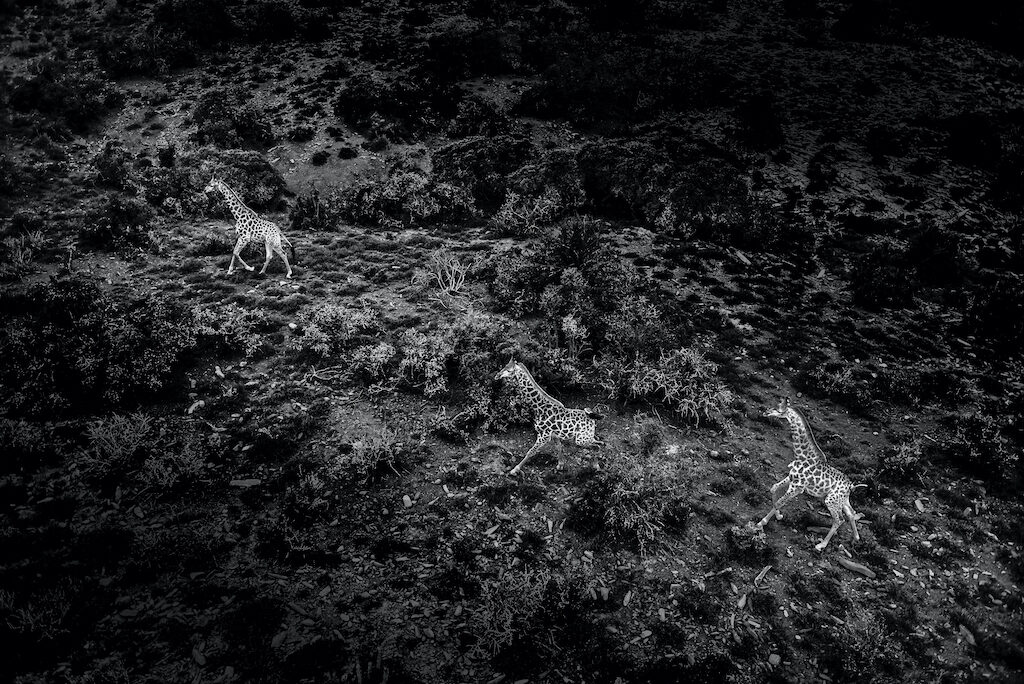 On occasion, I get to do wildlife photography a bit differently to most. On this assignment I spent the most part of a week in the air, and in off road vehicles covering a Game capture program.  The animals were darted by a vet from a helicopter, then transported to new breeding camps, or off to be sold to other game parks, and / or breeders.

The trickiest animal to find was a rather large male Cape buffalo; for its size, it was reeeeally good at hiding. At the end of the week, all the animals earmarked for relocation, or sale had been located, darted, and safely transported to their new homes. The utmost care was taken to lesson the stress and trauma to the animals, and there were no injuries to them.

Big kudos goes to the vet, who managed to dart each animal with a single shot; true skill especially from a helicopter being flown and thrown around by an extremely skilled pilot.

This image I captured while searching for the elusive buffalo. I managed to get a few frames, but only one where they were almost perfectly lined up.  Such an unusual angle to photograph Giraffes from, as one would like to show their height from ground level, however I think this angle also successfully shows their size in relation to their surrounds.