Behind the Port Elizabeth City Hall is the old Post Office building. Adjoining that is the old Baakens Police Station (built in 1899) which has been closed and sealed off since the early to mid 1980s. Declared a national monument in 1984, and the building was boarded up. The jail cells, which are situated underground, offered small grated openings at the top of one cell wall to allow light in from street level. Detainees were processed upstairs in the police station; then taken downstairs to the holding cells. Scattered on the walls in the cells are the fingerprints of many a detainee as they tried to rid their fingertips of the ink. 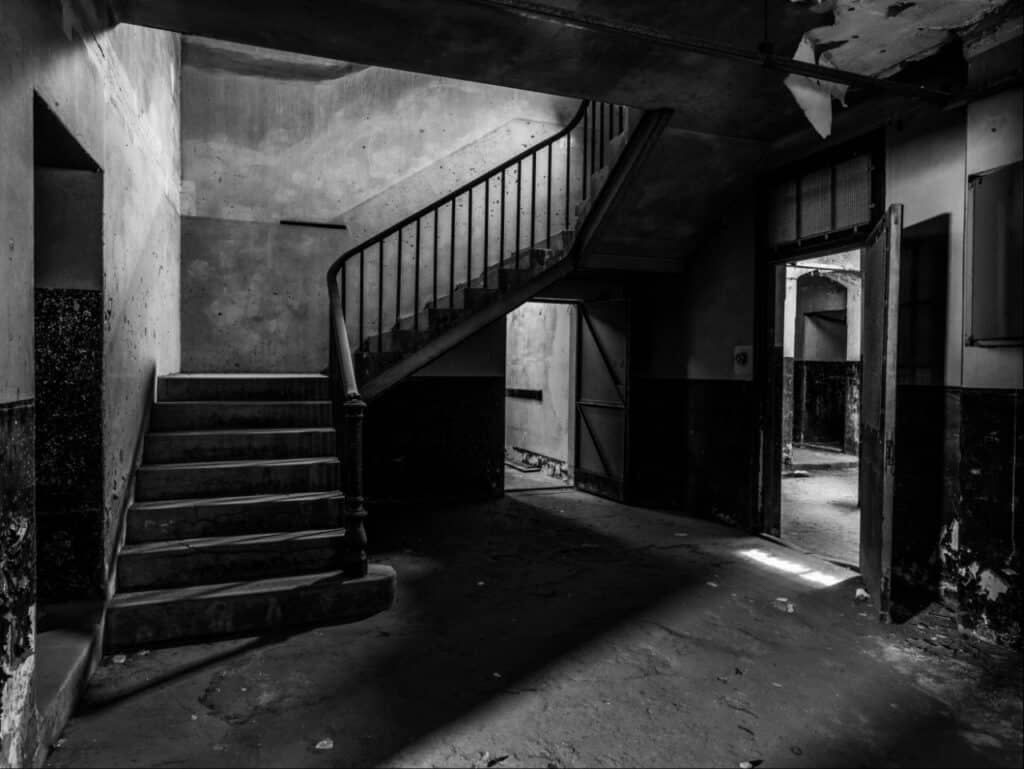 I have to assume that the cells were last painted in the mid 1970s and the last time anyone was detained there was around the early to mid 1980s. This is because of the dates and stories I found scratched into the walls by the detainees held there. The graffiti speaks of names, dates, and crimes. Cell 6 | Vicious Was Here For Madness

When I heard about the cells I managed to gain access to them through the current owner of the building. Once inside, I realised that the space needed to be documented. This I did over a period of about three months; never spending more than two to three hours down there at a time, out of fear that I might become desensitised to the enormity of the history recorded on the walls.

I captured the images alone. The place was dark and dank and in order to shoot the cells properly, I always closed the heavy cell doors which gave me the feeling of being trapped. At other times I would go down and end up reading the stories scratched into the walls, not photographing anything. There are so many stories.

One thing’s for sure – it is a very foreboding and frightening place to visit on your own.

Curiosity led me to research the history and I discovered that these cells were historically significant to South Africa. A number of political activists were held there, including:

Many people were detained in these cells regardless of status or political affiliation, for crimes ranging from drunken disorderly behaviour, theft, and murder, yet separated by gender and race.

Their stories are now told through the graffiti left behind. Freedom of Expression | In collaboration with Andrew MacKenzie